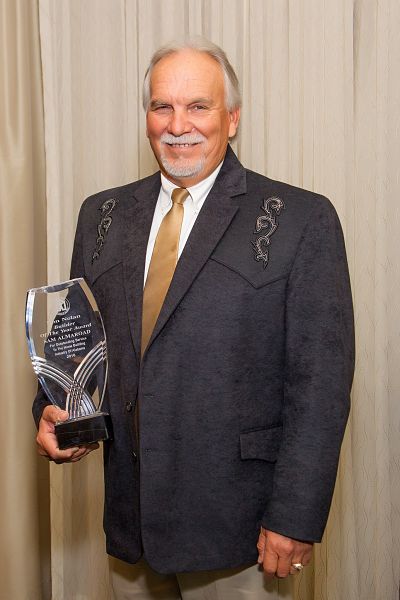 Montgomery—Sam Almaroad of Jacksonville has been named the Home Builders Association of Alabama (HBAA)’s Don Nolan Builder of the Year for 2016.

Almaroad was honored during the HBAA’s Annual Convention awards presentation on October 28, 2016 in Nashville. The Don Nolan Builder of the Year Award recognizes a builder member from a local association with 500 or fewer members who has shown outstanding service to their local and state associations, their community and the building industry as a whole.

The President of Sam Almaroad Construction, Almaroad has been a member of the Home Builders Association of Greater Calhoun County since 1985. He has served on its Governmental Affairs and Legislative Committees, served two years as its Parade of Homes Chairperson and served three terms as HBAGCC President.

At the state level, Almaroad has represented the HBAGG as a State Director since 1988. He co-chaired the Public Relations Committee and served on the Nominating Committee for seven years. He has been particularly active on the HBAA’s Membership Committee and is currently serving as its Membership Retention Co-Chair.